The concept of “Pathways”, takes me back to the very site at which I painted “Land Never Sleeps”.

I have always been very much inspired by the Central Valley. The terrain can be unyielding and unforgiving, and appears to be ever ready to ‘push back’, if one has a mind to drop a tractor blade into the soil of this region. This terrain bestows a kind of heroism, upon those people who have worked this land, for what is suggested to be, thousands of years. And I am humbled, by the effort required to carve out perfectly sculpted paths and roads, that lead to the bounty of the Central Valley.

The larger network of dirt roads, that transect large farms with paved highways and out-buildings, has a mass and complexity on a grand scale.  From a hillside view, a pattern begins to emerge; one that looks to be an ancient petroglyph, that goes on for miles in either direction.  Communicating to all who sees, that we exist - and the land is alive!

As I set up my pochade box, and followed the rows of crops and dirt roads, I marveled at how farmers never seemed to be the ones that get lost. A few of these well-worn paths, disappeared into a shaded tractor bay. Other roads, seemed to go on forever. As I painted, I imagined that some of these paths and roads, have been etched, allowed to go fallow, and then re-shaped, over intervals of time and perhaps, civilizations.
Posted by m.s.g. 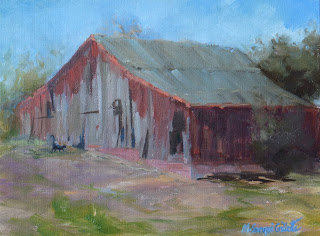 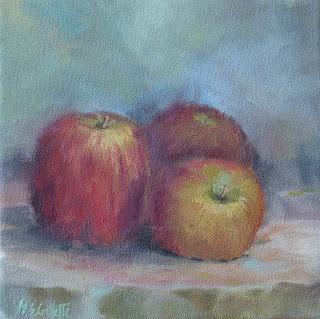 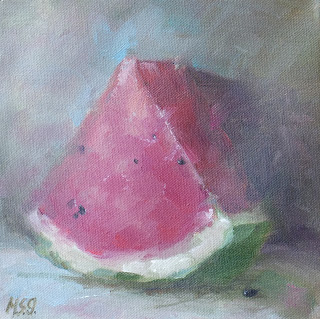 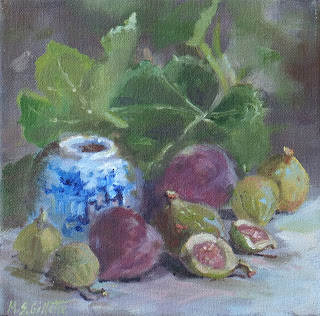 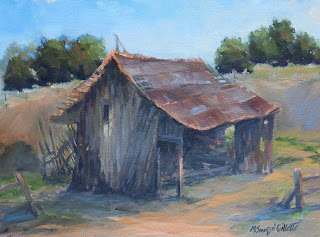 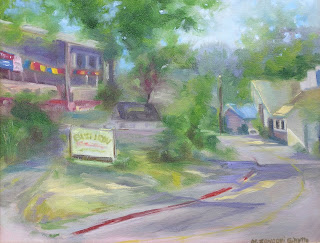